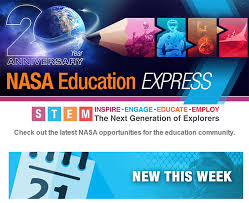 Students from Puerto Rico, 21 states to join 2020 Competition by NASA

NASA has announced that around 64 teams from 21 states including Puerto Rico will be participating in its NASA Student Launch competition to be held next year. The teams comprising of students from schools, colleges and universities will build, design and test rockets as part of Artemis program to explore the moon and Mars across a period of eight months. In the past college groupswere expected to develop payload options like rover or unmanned aerial vehicles. This yearyounger student teams will be expected to design, develop, test and fly a high powered rocket with payload that can fly at altitude of 4000 – 5500 feet.

While developing their rockets all teams are expected to meet specific milestones regarding documentation and presentation as per NASA rocketry experts during their rocket development phase. To mark 20th year of the program the college division has to develop landers that will collect 10mm of simulated lunar ice from any one of 5 sample locations given to them and navigate around 10 feet away from the collection site with the sample safely onboard. They are expected to develop their own methods and devices to create a system that will carry out the mission.

The payload project is similar to planning challenges faced by industry engineers of NASA when they have to explore planetary bodies like Moon and collect samples of water ice from its south polar region.  High/Middle school teams can also take part in college level challenge or develop an engineering payload on their own. Students participating in the competition can set their own pace and predict the altitude of their rockets. When preliminary review packages are submitted for review to NASA in November by the teams they have to submit prediction about target altitudes for the launch day that will be held at Alabama in April 2020. In its third decade of competition the Student Launch program provides a great experience to students for following engineering design process of NASA.