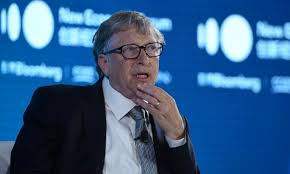 Bill Gates has made an announcement that he is going to step down from the Microsoft Corp. Board. He had co-founded this company in the year 1975 and through the years build this into the largest maker of software in the world and devote a lot more time to his philanthropic activities. Bill Gates who is 64 years old has been reducing his involvement in the company for over a decade now and had currently been serving only as the adviser to the current CEO Satya Nadella on the areas such as technology, health software, productivity, artificial intelligence and this is a job he is going to continue doing. Microsoft is going to be an important part of his life as per him and he is going to be engaged continuously with Satya and the leadership for the helping in shaping of vision for fulfilling tasks to achieve ambitious goals of this company. Gates recently said that he is very optimistic about the company’s progress and how it is going to benefit the world. Gates does not have a daily role since the year 2008, Microsoft’s statement said. This is when he had switched over to serving his philanthropic interests through his Bill & Melinda Gates Foundation. Bill now wants to increase this time as he works on the issues like education, global health and also the ongoing threat of climate change. Bill Gates had served as the Microsoft CEO till the year 2000 and this was the same year when he had founded his charity foundation of which he was the chairman till the year February 2014. For the last few years, Satya Nadela has been working on the goals of Microsoft.