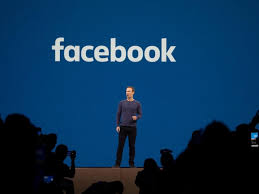 A trove of close to 4000 pages which has the potential to be explosive has been made public. These are the internal documents of Facebook which are confidential and this making public of the documents has shed an unprecedented light on the social media giant’s inner workings.

On this Wednesday, Duncan Campbell who is an investigative reporter released a huge amount of internal reports, mails and many more sensitive documents from the early year of this decades and this details the internal approach that Facebook has had with regard to privacy and how it had been working with the app developers and handling the access they had to data of the users.

These documents had been originally compiled as a part of the lawsuit which had been brought by the start-up Six4Three against the social media giant Facebook for the limiting of their app’s access to its developer platform. These documents were supposed to stay sealed however they had been leaked.

A few of these documents had been already made public prior to Wednesday. The Media, Sport, Culture and Digital Committee of the British Parliament had published many of the pages in a report in the month of December. These had been seized from the founder of Six4Three, Ted Kramer upon his visit to the United Kingdom.

Also, in the months prior to putting these documents on public domain, the investigator had been sharing them with the journalists of NBC news and also other outlets who had been publishing a lot of stories about the documents.