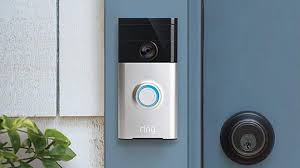 The ring which is an Amazon-owned company has stated that it had fired four employees from its organization for accessing user videos. The ring is involved in the designing and manufacturing of home security devices.

The company sent a letter to the senators in the US government responding to the security practice followed in the company. The company told that the employees had the rights to view the videos of the users but had exceeded than what was necessary for doing their job.

Democratic Senators in the US had sent a letter to Amazon head Jeff Bezos asking him to reveal the security parameters followed at Ring’s office in Ukraine where it conducts its research and also develops the products. The US senators had asked whether the officials of the company had access to videos of customers.

Amazon had given a detailed response while answering the review. It said that the employees had the authority to watch only those videos that were made publicly available and also the videos of friends, contractors and employees who had taken a part in the programme.

Only a few employees had the ability to watch and access stored customer videos that were a part of maintenance for Ring’s Amazon Web Services infrastructure.

Amazon told that it had received four complaints in a span of four years and after thoroughly investigating each one of the cases terminated the employees. This was because in each of the case the employees had made an unfair attempt to view more than what was originally required for doing their function.

Amazon did not give the details of the customers who had made the complaints. It said that it is also working to fewer the number of people who could gain access to customer’s stored videos as a part of its maintenance.