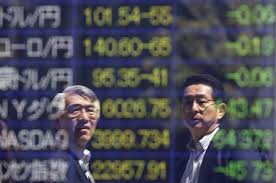 The markets in Asia saw a mixed saw a trading mixed on this Thursday after China and United States have seen a few uncertainties for the economy of the world by the signing of a trade agreement.

The index of Hong Kong had added an increase of 0.11% in the trade which took place late afternoon however the mainland markets in China had struggled to rise.

Earlier in the week, the data had shown that the imports of China from United States had seen a rebound in the month of December and also the month before in November.

The deal known as the Phase One deal has now been signed and the positive aspects of this deal is that this is going to diminish the uncertainty which was there around the United States and China relations of trade in the shorter term as per the economist Vishnu Varathan.

The president of United States, Donald Trump had signed a partial deal with China this Wednesday which is going to take the steps for rooting out a lot of the practices by China which has been upsetting the administration and the members of the government in both of these countries.

Varathan has cautioned that this deal is a tentative one and not a complete clean slate.