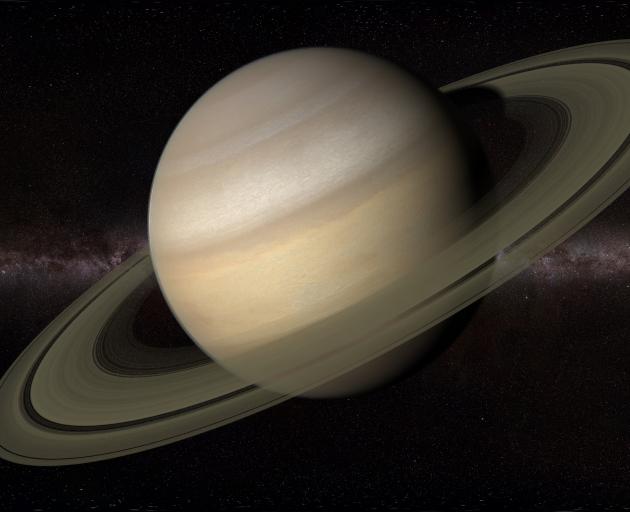 Jupiter is now the second planet with largest number of moons as Saturn has overtaken it to claim the first place as a team of researchers from US discovered 20 new moons orbiting the planet. While Jupiter has 79 natural satellites Saturn now has 82 moons. The moons of Saturn were discovered through the Subaru telescope located on Maunakea, Hawaii.

Each of these newly discovered natural satellites is around three miles in diameter and around 17 of them go on a backward orbit around the planet. This type of orbit is called as retrograde orbit and three of these moons orbit in prograde direction which is similar to Saturn’s rotation. Two of these prograde moons take around two years while the third one takes more than three years to travel around the planet. The retrograde moons located further away take almost three years to complete one orbit.

Accord to Dr. Scott Sheppard from Carnegie Institution who led the discovery stated that study of these moons and their orbits can reveal their origin along with details of conditions that surrounded Saturn when these were formed. Till recently Jupiter was the planet which largest number of moons since they were discovered in 1990 but now Saturn has beaten that record. The outer ring of moons around Saturn found recently are grouped in three distinct clusters and can be differentiated according to the angle of inclination they use to orbit around the planet.

Scientists feel that these clusters of prograde and retrograde moons are broken up sections of three large bodies that were smashed by collisions of similar moons or outside objects like asteroids. These moons are quite far away from the planet so they could have been formed several years after the planet was formed. Dr. Sheppard stated that these moons were comets and asteroids that were passing by and were captured by the gas and dust around the planet which trapped them into orbit.