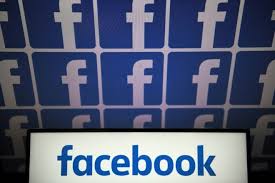 Australia, UK and UK call on FB to put off encryption of user messages

William Barr, US AttorneyGeneral and other high ranked government officials in Australia and UK are asking leading social media platform Facebookto drop the plan of encrypting user’s messages on its platforms. As per an open letterwritten to the CEO of Facebook, Mark Zuckerbergon Thursday, the officials mentioned that the plan of effective encryption is expected from the citizens to protect their privacy but it can hinder the action of law enforcement agencies fromstopping abusers and criminals by tracking them.

The tech companies want their user’s communication to have privacy which is against the requirements of law enforcementagencies and the debate, and this debate is decade old. Both are not settling down on one solution which has held this debate for so long.

Some of the messaging services like Facebook’s WhatsAppuse end-to-end encryption which means only that individual having the account login on that particular device has access. Even the host companywill not be able to decrypt the messages.

The issue was revived by Barr in Julyin which tech companies which are embracing the end-to-end encryption by default were called unacceptable and dangerous.

Spokesperson of Facebook told in a statement that they support and respect the law enforcement’s role in keeping citizens safe but they oppose building the backdoors as it would threaten people’s security and privacy everywhere.

The civil liberties group also opposes these measures. According toElectronic Frontier Foundation’sstaff attorney, Andrew Crocker, asking for access is a shocking request. Despite declaring that they support encryption, theyare asking to be provided access to allthe communication. This will compromise the privacy and security of people on Facebook.