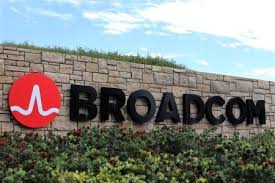 Broadcom Strikes A New Deal Worth $15 Billion With Apple

Broadcom Inc. have announced the completion of a new deal with Apple to provide component to the company that would be used in the devices manufactured through the mid-2023. The company revealed that it has entered into two mutiyear deals with Apple for supplying wireless components to Apple for use in its devices. Broadcom Inc. had signed an identical contract with Apple last year as well. The three deals in all are expected to generate almost USD 15 billion revenue for Broadcom in future, as per the company’s own estimate. The deal meant that the company’s shares went up 2 per cent while the shares of rivals Skyworks Solutions Inc. were down 7.7 per cent.

Broadcom Inc. has been a consistent hardware supplier for Apple in recent times and has provided criticalhardware like the radio-frequency chips that provide cellular data connections on Apple Watches, iPhones, and iPads. The chip that connects Apple’s devices to a WiFi network were also provided by Broadcom itself. Broadcom, however, will not be relying on the deal too much as Apple is shaping up its plans of manufacturing the components on its own. Apple does have a history of long-term bonds with its component suppliers, but once the company does start manufacturing its own components, it will become less likely for the agreement with Broadcom to prevail.

Talking about Apple, the company finds itself in some trouble after a jury in the United States ruled that the company owes USD 85 million in royalties to Quarterhill. The company must pay Quarterhill’sWiLan over patent infringements for wireless communications. The two patents in question allow the user to use cellular data while being on a call on the device. The amount finalised was demanded by WiLan over the iPhone sales during the period.