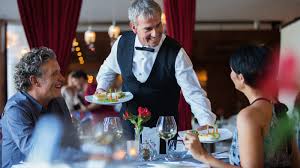 Buffet looks at the opportunities offered by slowdown

S&P 500 and Dow Jones have officially got into the bear market. And there is no one better prepared for that than Warren Buffet. The Omaha Oracle has a lot of money sitting on the sidelines as he waits to pounce on the market. He has been waiting until the streets were bleeding. The streets are now bleeding and he is now ready to buy. Upon being asked whether he is worried about the stock market crash in the week. He said he was not fazed by it. He said that he had $128 billion as spare cash if he wants to go on the shopping spree for companies and their discount stocks.

A lot of people have been critical of Warren Buffet for missing out at the later stage of the 11 year bull run of stock market. Berkshire Hathaway’s shareholders had been questioning on why he had not been more exposed to the equities as the cash pile of the firm grew to a level of $128 billion. It has taken him a lot of will power to not let the money go to work and it is obvious now why that was the case as Warren Buffet knew better than most that this was going to happen maybe not in the way it did with the coronavirus however he did predict a downturn. His indicator has been flashing the red beacon for more than a year and warning against the bubble in the year 2019.

The strategy he has is to buy the stronger companies at lower value. He had recently said that he was looking at the acquisition but everything was too expensive he said which they are not anymore.