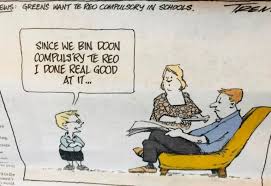 A cartoon which had been published in a newspaper in New Zealand has been at the receiving end of a lot of criticism as it made fun of the epidemic of measles which saw an outbreak in the country Samoa and has claimed more than 50 lives till now.

The newspaper which is called the Otago Daily Times had printed this cartoon made by the artist Garrick Tremain which had two ladies and a travel agency which made fun of Samoa in context of the measles outbreak.

This newspaper has post this cartoon faced a lot of criticism all across the social media as it has been called by adjectives like appalling, distasteful and heartless.

The CEO of independent rugby players association, Daniel Leo went on to condemn this picture vehemently on Twitter.

He said that while the country is suffering with the outbreak and many people lose their life is it ok to print a joke about an epidemic which has already claimed 58 lives in Samoa?

He further called it as being worthy of a boycott and in terrible taste.

As per the Samoan government, the toll of death has gone on to reach 55 ever since this outbreak began in the month of October. Among these deaths, there were 50 children under four years of age who passed away.

The Health Ministry has confirmed a figure of 3,881 cases of measles being reported with the launch of a campaign for vaccinating being launched in the month of November.