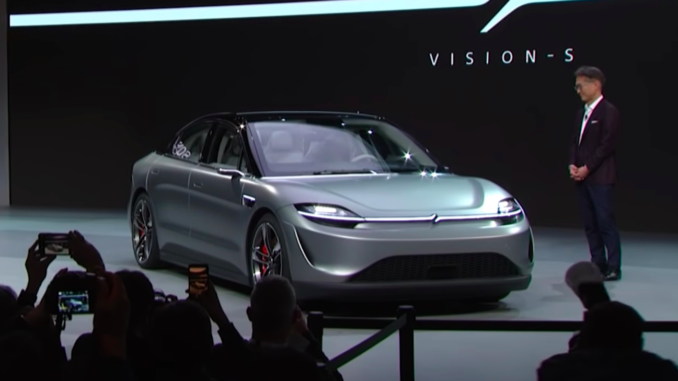 Sony the Japanese tech giant company that has been so far been one of the leading brands in the consumer electronics market has now come out with a plan to develop and launch its electric vehicle.

In the ongoing CES event in Las Vegas, it showed a model of its prototype car that it wants to develop and manufacture for the retail customers. Sony also declared its new Vision-S initiative to start its business in the automobile industry.

Mr. Kenichiro Yoshida the president of Sony Corporation and the current CEO emphasized the importance and priority of Sony in the mobility sector. After the speech, he also unveiled the prototype car on stage.

He told that the most important sector of the last decade was mobiles and smartphones, this decade it is going to be the mobility and the automobile sector. In the coming years, we will see more and more vehicles being connected with the network, being autonomous, shared and using electric components instead of using fuels like diesel and petroleum. This will have many positive effects on our social environment as well.

Sony has come out with some upgradations like imaging and sensing technologies which will help the car to drive around the traffic and communicate with the world outside. The company thinks that this will be the most illustrative and futuristic areas in the mobility sector in the coming years.

There has been no information released on when it is expected to be released for sale to the general public or the price of the new electric car.

According to the experts it is equipped with 33 sensors both inside and outside the car allowing it to detect objects and provide highly advanced driving support. There are 2 electric motors each generating 200-kilowatt power and the car is enabled to seat 4 persons.