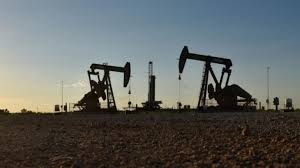 Coronavirus impacting the demand for oil in the world

The WTI in United States and Brent Crude oil which is the international benchmark has settled higher in the last week as the investors had continued to increase their bets that OPEC and allies would be coming through with the production cuts as per the recommendation of a technical committee in the week which ended on 7th of February. The short covering might have also contributed to rally with the traders turning out to be a bit more optimistic that the demand crisis of coronavirus has reached the peak. The market has also been on track for the fastest gain in a week since the early days of January.

OPEC had cut their forecast for the demand growth of oil in the year having said that the outbreak of coronavirus was the main reason for this. The cartel has now said that it is expecting 2020 daily demand of oil to be around 990,000 barrels a day which is lower than the forecasts by 230,000.

The IEA meanwhile has said that the demand of oil is expected fall year over year in the first quarter for the maiden time since the financial crisis which had taken place in 2009. The coronavirus is said to be the major reason for the problems.

Conditions had changed later in this week however post the outbreak, there have been 242 new deaths which is double that of the day before and the fastest rise after the pathogen had been discovered in the month of December.

Traders ahead of the end of week, had been reacting as if the officials of China had been able to control the virus altogether however that isn’t the case.