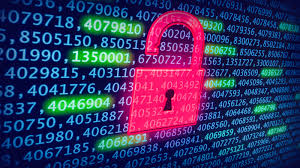 Data Breach Is Officially Confirmed By The Network Solutions

Network Solutions is known for its being first domain name provider all over the globe. In 1991, the domain provider has received a grant from National Science Foundation (NSF) and has been given a contract to become a sole name registrar for the most popular domains such as .net, .org and .com in 1992. According to DomainState—leading domain resource site—currently Web.com is the owner of Network Solutions since August 2011. Network solutions is currently on fifth position in world’s largest domain name registrars’ list having over seven million domains registered. The company also provides other web services as online marketing, web hosting and web designing.

On Wednesday, Oct. 30, Web.com— parent company of Network Solutions —released a disclosure notice which read that the data breach incident occurred in August 2019 had made all the three registrars its victim unfortunately. Later on, the company published the same notice on all those three sites to aware the users attempting their respective account login process. The company has reported for the data breach incident to the federal authorities.

As per stated by the company, no credit card data is said to be compromised during the data breach incident. The company stated that it uses Payment Card Industry (PCI) compliant encryption standards to store the credit card numbers of users. These standards prevent credit card data from vulnerable attacks. However, the customers have been notified to stay alert about suspicious charge deductions.

According to the disclosure, passwords, too, are stored in encrypted format so the data theft may include personal contact details of the user but not likely passwords. But despite that, the company has asked the users to reset their passwords as an additional precautionary measure.

Most of the data security services such as OneLogin have suggested that Applying Multi-Factor Authentication method (MFA) on such sites is an effective way of making data and users more secured.