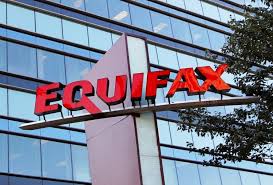 Equifax Consumers May Receive Much Lower Than $125 In Claim

Credit reporting firm Equifax that had early agreed to give around $700 million in settlement during late July this year to its customers affected by data breach has announced that it can only give around $125 or free credit monitoring services for 10 years only if they can send out verifiable claims by October 15. People that had paid for its services from personal funds and were affected by the breach can ask for a refund and many people in past several weeks have received emails telling them to verify their claims before Oct deadline.

The emails also specify that depending on the claims by individuals the amount they actually receive may be a small percentage of their initial claims. The FTC has warned in its recent blog that due to the large number of claims for $125 instead of free credit monitoring the amount claimants actually receive may be much lower. There is a link given in the email which takes claimants to the settlement sent wherein they can choose option of money, credit monitoring or neither of the two. To get settlement amount claimants have to enter name of credit monitoring service used by them along with a promise to not use the money for next six months.

Claimants may have to provide several more details before completion of the claim. Several experts have stated that the credit monitoring service is worth more than a few hundred dollars annually and not $125 that is on offer. The cyber-attack at Equifax is not the first breach of computer information for theft of personal details but it was very different from usual attacks as it included identifying information that the consumers had not willingly shared with the company. Like a typical credit reporting agency Equifax collects and stores personal information of people’s financial transactions from various sources to prepare credit report.