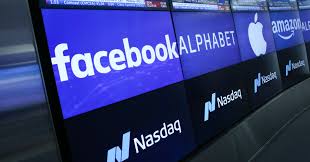 Facebook Expects A New Logo Will Divert You From Its Issues

The speculations were right: Facebook has made a decision that a rebranding is in progress. The firm has launched a new corporate brand and logo strategy that it expects will distinguish more clearly Facebook’s individual apps and the company. There is not much to state about the icon in question, as it is just “Facebook” inscribed in a plain (if modern-akin) font. On the other hand, the new branding hypothetically makes the ownership more obvious when you see “from Facebook” positioned in products from Oculus, WhatsApp, Instagram, and others.

Facebook application will keep its own branding in spite of the latest styling. You can hope for the latest look to emerge over the course of the weeks to come.

This is firmly a cosmetic alteration. Many of the serviceable incorporations between these goods happened years ago. It is surely not going to deal with more serious complaints such as the ongoing privacy issues, readiness to operate false ads from politicians, or the possible fiscal effects of its cryptocurrency. Having said that, it might feel more like a distraction than anything. It is still probable to be one of the more obvious alterations to Facebook eventually—just not the most significant.

On a related note, Facebook’s Portal video chat screens have encountered quite some scrutiny over the last year owing to the firm’s awful record when it is matter of security, privacy, and lack of transparency. Maybe as a result, reports have emerged that Portal devices are not trading that well. But that has not stopped Facebook from approaching forward with the concept.

The Portal TV by Facebook is a camera that converts your TV into a huge video chat screen. It is well-matched with both WhatsApp and Messenger, and sports an AI-based camera that zooms and pans automatically to keep you in frame.