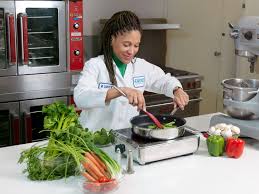 Food scientists working at the University of Massachusetts Amherst have come up with a revolutionary, mathematical model for NASA. The mechanism is extremely user-friendly and will guarantee that foods meant for the astronauts will retain its customary nutrients, and hence food-value, even during long space missions.

The new findings were published in the journal Food Chemistry. This latest development provides NASA, with an effect shortcut, when it comes to predicting the degradation and disintegration of vitamins during space flights. This will help them specify the extent of vitamin degradation of space foods over time, and hence, schedule the resupplying trips more effectively and accurately. The investigation was funded with the help of a NASA grant of $982,685.

During the research, the scientists meticulously prepared and stored over 3000 pouches of space foods that were prepared in perfect accordance with recipes provided by NASA. They also followed the thermal processing as well as the storage specifications that were set by NASA for the astronauts’ foods abroad the International Space Station.

Hang Xiao, professor as well as Clydesdale Food Science Scholar discovered how Vitamin B1 or Thiamin disintegrates over 2 years in three 3 separate menus – brown rice, beef brisket and split tea. He stated that brown rice, as well as split pea soup was stored at 20°C. It was found resistant to degradation of thiamin. However, thiamin in the beef brisket was comparatively unstable and could retain merely 3 percent vitamin at the end of the 2 years.

The model was able to pretty precisely provide information in advance in regards to vitamin disintegration. These new findings will help NASA to provide the astronauts with the necessary nutrients without using supplements.

The findings will be particularly important for NASA during its planned upcoming manned mission to Mars, which will be the longest space flight even taken up by mankind to date.