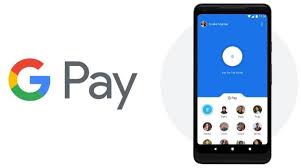 Two of the co-founders of India’s Google Pay have been able to raise an amount of $13.2 million in a round of Seed funding for their neo-bank epiFi which is led by Ribbit Capital and Sequoia India.

SumitGwalani and Sujith Narayanan who were both the co-founders of Google Tez which was known later as the Google Pay have said that the seed funding is now going to bring the startup known as epiFi to a valuation of close to $50 million.

This startup had been founded in the month of May and is going to introduce a blueprint for digital banking which is going to be concentrated on the serving of millennials in the country as per Narayanan.

He further said that while they had been building the Google Tez, the came to a realization that the financial journey of the consumer is extending beyond the digital payments. They also want lending, investment and insurance opportunities along with multiple products.

He further added that one of the goals of the platform has been intended to helping the people have an idea of where their money is going to go and also to steer them towards upping their saving levels and investing in a wiser manner.

The managing director of Sequoia, Shailesh Lakhani has said that their vision is to re-imagine the banking of the consumers by giving them a product for modern banking and epiFi potentially can bring a change in the experience of the consumers who are digitally savvy. The cash transactions though are still the biggest way the country is transacting as of now.