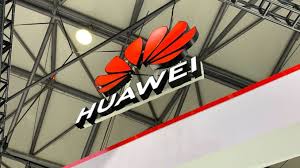 Huawei Is Ready To Take On Nvidia, Qualcomm With Its AI Chip Ascend 910

Chinese telecom major Huawei has announced that it has created an artificial intelligence chip to compete against giants like Nvidia and Qualcomm which will help it to battle technology ban that American govt. has put against it. The chip named Ascend 910 had been first showcased in October 2018 is meant for data centers. Firms that use AI applications require large data for developing smart algorithms that can take days or weeks. Huawei has claimed that its chips can process larger amount of data in a shorter period of time than chips from its competitors to help networks process information in just a few minutes.

Huawei’s chairman Eric Xu stated while announcing the chip that since they announced their artificial intelligence strategy last year the firm has been making steady progress in the technology and their R&D division is close to launch. As promised it has been able to deliver a full stack AI portfolio. This step comes as Huawei is continuing to face pressure from US by being blacklisted and placed in the Entity List that restricts American firms from doing business with it. Recently Huawei has been given a reprieve of 90 days that allow some US firms to provide critical equipment and spares as the firm depends on several US suppliers for key components.

In view of the this restriction from US, Huawei has been forced to develop local technology and make its own components ranging from chips to operating system and  recently it also launched its operating system called HongmengOS or Harmony operating system in its laptops. While it provides cloud services in China, the ability to also sell hardware along with services and software will help to drive growth for its ERP business too which till recently accounted only 10 percent of revenue. Besides Ascent 910, Huawei has also launched another AI chip called Ascend 310 that will allow it to compete with the likes of Intel, Qualcomm and Samsung.