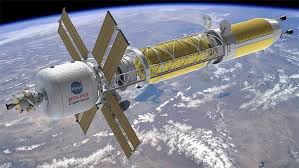 Elon Musk’s SpaceX may have never flown any humans into outer space aboard Crew Dragon but it is already showing off its shiny new spacecraft Starship. The new space vehicle is bigger and better than Crew Dragon is being developed in Boca Chica on the southeastern tip of Texas and it will carry large crews into deep space. But this news is not making NASA happy as its projects are   still under development and way behind schedule. SpaceX had been given a contract by NASA in 2014 with a promise that it will build a ready to operate space vehicle that astronauts can fly by 2017. But even in 2019 there are no signs about when the promise will be fulfilled. The promised vehicle Crew Dragon has a capsule for carrying crew and cargo aboard Falcon 9 rocket, has been only able to complete an unmanned trip to International Space Station and back during March this year.

Though SpaceX tried to launch a crewed mission towards end of 2019 the explosion of Crew Dragon capsule during engine testing experiment in April this year led to both partners putting of the crewed mission to a later date. During last month Elon Musk told newspersons that Crew Dragon would be ready to carry astronauts into space within next 3-4 months, but NASA administrator Jim Bridenstine is not convinced. He anticipates that NASA may have to buy more seats aboard Russian capsules as both SpaceX and Boeing – which is working on similar capsule Starliner, may be delayed inordinately. After Elon Musk’s hyped up presentation about completed prototype of Starship, Bridenstein critically tweeted that hopefully SpaceX will show similar enthusiasm for completion of NASA’s project which is years behind schedule. The delay is irking NASA as its Vice President Mike Pence has said that US should return to the moon using its own devices and land the first woman on the moon by 2024.