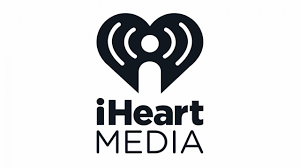 iHeartRadio has extended its expansion from being a radio station to a podcast-maker to now being a book publisher as it announced a new deal with Flatiron Books on Thursday. The deal will see Flatiron Books publish the Stuff You Should Know podcast as a four-part book series. The podcast business has become an investment concern for most of the leading content creators. As more and more companies look to make the most of podcasts, they’re coming up with new ideas to generate revenue from the popular podcasts.

The deal will see the first book of the series titled Stuff You Should Know: An Incomplete Compendium of Mostly Interesting Things release the fall. The company has stated that the book will answer questions that the podcast fans didn’t knew they wanted to ask. Spotify and iHeart have turned up to make the most of popular podcasts by signing deals with the big names in the industry. This is not the first time a podcast is getting shaped into a book. Barnes & Noble have a long list of books that are either directly based on a popular podcast or are inspired by them. Ads on these podcasts do generate revenue, but companies are opting for other means of revenue generation as well, with iHeart considering books as one of the best bets.

Talking about the interest from content creating companies in the podcast sector, Spotify recently acquired the Bill Simmons owned The Ringer to establish a foothold in the industry. Spotify had acquired Gimlet Media a year ago and was building up its relationship with Bill Simmons over time before offering to acquire the entire podcast. Spotify, even after the acquisition, will reportedly allow The Ringer to run independently, and will not move the shows as Spotify exclusive or have a paywall in place.