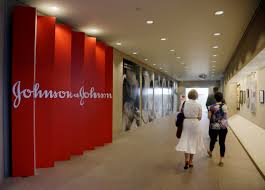 J&J has increased its financial forecast for the current year. Full-year earnings guidance is now seen at $8.62 per share to $8.67. Analysts’ expectations were at $8.53 to $8.63 per share. Revenue expectation has also been raised between $82.4 billion and $83.2 billion.

The company has been facing various litigations recently. An Oklahoma judge has ordered the company in July, to pay $572 million. Recently, a Philadelphia jury has asked the company to pay $8 billion for the drug Risperdal, an antipsychotic drug that was charged for promoting the growth of breasts in boys.

Earlier it had faced charges when the Johnson & Johnson baby powder was said to cause cancer. The company faces opioid lawsuits too.

But despite such charges, many of its drugs are selling well. The pharmaceutical business has posted good revenue, increasing from the projected figure of $10.41 billion to $10.88 billion. Darzalex and Imbruvica are cancer drugs from J&J, which have seen a huge volume in sales, increasing the company’s third-quarter profits.

The medical device unit alone has produced revenue of $6.3 billion, little above analyst expectations of $6.27 billion. However, litigation expenses have not been reported for the third quarter.

Some of the company’s beauty products like Neutrogena have posted revenues in line with expectations at $3.46 billion.

J&J shares were trading higher on the optimistic sales, up by 1.8 percent in premarket trade today.