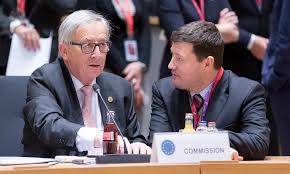 Lawyers Of Apple Launch A Scathing Attack On The European Union

Apple has been ordered by the European Union to pay an amount close to $14.3 billion as cover back taxes that is owed by Apple to Ireland as per the European Union. However, Apple is opposing the bill saying that the tax bill is not in sync with reality and common sense in a new statement they submitted to European court. The attack was for the cover back taxes it has asked to pay apple. Says it defies common sense and reality

Apple have their European headquarters in Ireland for the purpose of taxation and had originally been ordered a payment of back taxes in the year 2016 after the company had paid at a tax rate of only 0.005% in Ireland for the year 2014. However the lawyers of Apple have insisted that the European Union is only attempting to grab headlines through their quoting of tiny numbers.

One of the many lawyers of Apple said about the case that the commission’s contentions essentially mean that the profits of Apple from the sales outside the Americas are attributed to the two branches of Ireland.

The lawyers say that if the European courts have to claw back the profits from Apple they should be changing the international system of taxation.

Ireland in this dispute has been supporting Apple primarily because it wants to retain the reputation it has of being a tax haven for many multinational corporations.