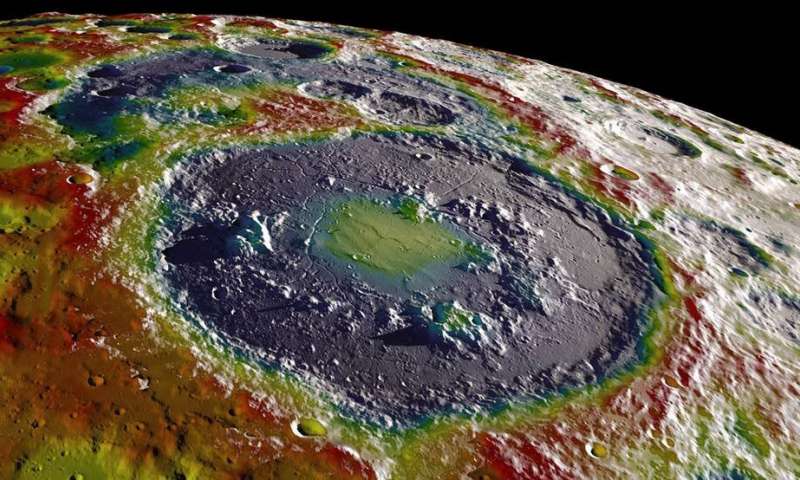 The South Pole of the Moon shows some of the diverse environmental conditions in the Solar System such as extreme cold, larger number of craters, and areas covered in darkness or sunlight throughout the day. Thus, NASA plans to send astronauts by 2024 so as to study the southern region as a part of its Artemis program. The craters and darkness are the major focus of the study. The researchers are looking for answers for the low sunlight experienced at the poles. The horizontal position of the Sun in terms of the lunar South Pole is known to reveal the rims of the craters, surface sideways, and put their interiors in extreme shadow.

Due to the permanent darkness, Lunar Reconnaissance Orbiter (LRO) has been able to study the coldest temperatures in the Solar System spotted in the interiors of craters, which is quite suitable for preserving waters for eons. The temperature is known to drop below-388 degrees Fahrenheit and result in frost being sheltered in the soil forever while the water escapes to the surface such that a thin layer of the Moon’s surface is formed. This finding has been reported in the journal Geophysical Research Letters. According to Plasma Physicist William M. Farrell from Goddard Space Flight Center, the solar wind particles and meteoroids bombard the surface and trigger reactions that result in heating of the surface.

Due to lack of protective layer, the Moon is constantly bombarded by Sun’s charged particles that transfer the water molecules to new places on the surface. The low gravity on the Moon makes particles travel to a larger distance and also increase the sublimation rate. For the similar study, the researchers have lately used the Lyman Alpha Mapping Project (LAMP) instrument of LRO to identify the frost patches on poles believed to be 2,000-year old rather than millions or billions of years old. The researchers plan to study the scattering of the water molecules in the future so as understand the various impacts.