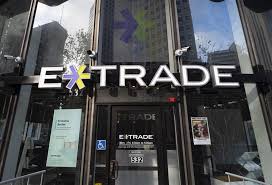 Morgan Stanley announced on Thursday it will be buying E*Trade Financial Corp, the discount brokerage, for USD 13 billion in stocks. The deal has become the top talking point of Wall Street as it is the biggest acquisition by any Wall Street based bank since the financial crisis of 2009. James Gorman, Morgan Stanley’s CEO, has been focusing on improving the company’s wealth management sector to provide an alternative that keeps the bank protected during weak period for investment banking. The deal with E*Trade will do just that for Morgan Stanley and will consolidate Morgan Stanley’s foothold in discount brokerage.

The deal is subject to antitrust hearings as well and the deal also includes terms for situations wherein either of the two parties pull back. During the regulatory proceedings, if Morgan Stanley pulls back, the company will pay E*Trade USD 575 million. On the other hand, if E*Trade pulls out of the deal at any point, it will pay Morgan Stanley USD 375 million. Though the executives have expressed confidence about the deal getting completed, there are chances that Morgan Stanley may pull out of the deal over antitrust issues. If that doesn’t happen, the company has slated the deal to get completed by the end of fourth quarter.