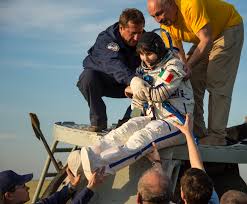 NASA is planning for some reorganization in the low earth orbit for making themselves ready for a giant leap to the red planet. The ISS (International Space Station) has been viewed as the main training ground for the trips. NASA plans to reinforce this role by treating ISS as ‘Mars transit analog’ for preparing for mars missions in 2030’s.

The chief scientist for ISS program of NASA, Julie Robinson said that they have got good datasets of nearly 20 years and so they were ready to do a lot more. Recently a multidisciplinary team led by Robinson had identified some ISS-use modifications which can be of help for NASA for its journey to Mars. Usually the crew members spend nearly six months of time onboard ISS before they come back to earth. However this is a short period compared to Mars mission. It takes about 8-9 months one way time to reach Mars using the present propulsion technology. As a result NASA requires more data on long-duration spaceflight effects on the psychological as well as physiological health of the astronauts.

Till date only one yearlong mission by ISS has been launched that sent Scott Kelly to spend time in orbiting lab over the period from 2015 of March to 2016 of March. The development of capsules- CST-100 Starliner of Boeing and Crew Dragon of Space X has been funded by the Commercial Crew Program of NASA. By next year they can fly people. However till this happens, NASA will depend on the Soyuz spacecraft of Russia. NASA also wants to learn about the deconditioned astronauts’ condition after a long-duration spaceflight. A sensorimotor test of the ISS crew members who had just landed was performed by NASA last June and Robinson said that they wanted to do a 1-2 day version of this test on the astronauts coming by Starliner.

All the amenities afforded by ISS, which has got same volume as 747 jet and which is resupplied from ground regularly,  cannot be accessed by the astronauts going to Mars. NASA has plans to perform medical simulation on ISS by next spring. The NASA officials have talked about Artemis to be a stepping stone to the red planet.