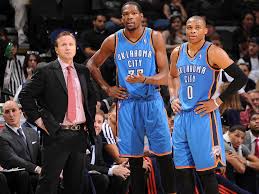 New boss at Sports Illustrated is on job cutting spree

Iconic sports magazine Sports Illustrated witnessed steep decline in profits in recent years has stated that it will be reducing its staff strength to curb losses. Though the company has not specified the exact number of people that weredismissed, Wall Street Journal has confirmed that 40 people have already lost their jobs. The layoffs led to a lot of heartburn among employees as several of them tweeted news of their departure. The employees of this magazine are the new victims of downsizing trend that has been sweeping across print media which is struggling to retain its advertising revenue even as marketers are shifting their budgets to tech platforms.

Sports Illustrated has long been one of the flagship division of Time Inc. that was acquired by Meredith Corporation in 2018. The magazine which is more than half a century old has managed to hold its ground against several wannabes due to its cover stories with famous sports personalities like Mohammed Ali and soccer stalwart Brandi Chastain besides popular writer like Dan Jenkins and Frank Deford. In June this year Meredith had made a deal with brand management firm Authentic Brands that had first considered allowing Meredith to run the magazine’s media end.

But it later decided to work with theMaven that is managed by Ross Levinsohn. In a media release Authentic Brands announced that it is transferring the license to run Sports Illustrated from Meredith to Maven group. After the change SI employees will have to work as per directions of Maven as Meredith will only handle administration of payroll and benefits only till end of 2019. Though employees were asked to attend the transition meeting but it was cancelled after news emerged that new owners have plans to remove half of existing staff. The layoff came close to news of other layoffs in the industry at Vice Media that merged operations with Refinery29 and also BuzzFeed that cut down news operations.