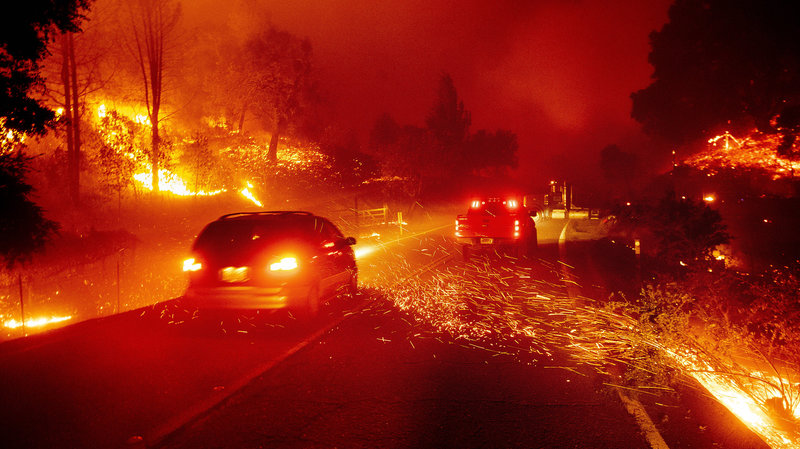 On Wednesday, the Pacific Gas and Electric Company has warned people that heavy winds in various parts of California will bring in power cuts again. Weather conditions are monitored for further power shutoffs.

With low humidity and strong winds, the PG&E keeps a wary eye on fire-prone areas.

The Public Safety Power Shutoff will be brought again as heavy winds may harm people residing in California, warns the company. The offshore winds are strong and will affect people say the company, especially those who are located in North Valley, Sierra Foothills and in the North Bay.

The PG&C says that the place has dry vegetation conditions, which may trigger a wildfire. The dry twigs, shrubs, and plants found here are so dry that they may catch fire, says the PG&E.

Also known as the Public Safety Power Shutdown (PSPS), it is a measure taken by the utility to protect the residents of the area.

A fire weather watch has been issued by the National Weather Service to protect these regions.

Earlier in October, the city faced severe power shutoffs, which had hurt business and society. Restaurants, industries, and households faced acute power problems, during the October power shut down. Stored foodstuffs like dairy products, seafood, and other perishable items had to be thrown away due to power cuts.

The spokesperson for   PG&E, Denny Boyles says that there is potential for dry and windy weather on Wednesday.

The utility states that the weather pattern is almost identical to that which hit California on October 23rd, in which about 180,000 people were affected by the power cuts. About a million homes were affected during the planned power outages in October.

However, residents feel that it is mismanagement that is causing these power cuts. PG&E has promised to give a 48-hour warning to the people so that it would be easier for them to manage the situation.