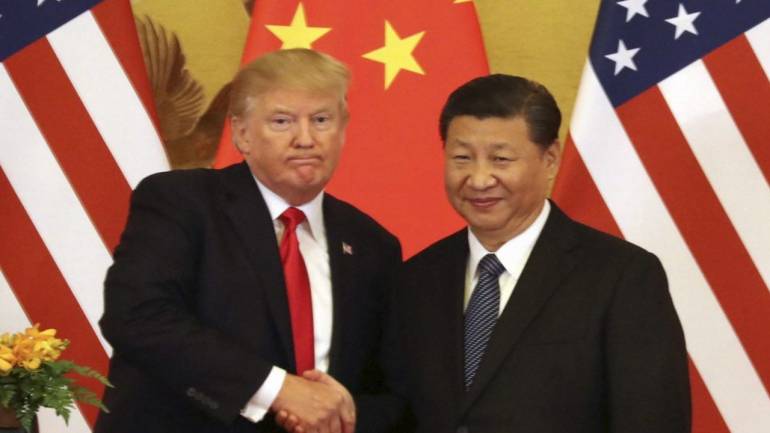 At the Economic Club of New York, the U.S. President spoke about the U.S. economy and the employment growth in the economy under his leadership.

President Trump also confirmed that Phase-One deal with China will take place soon. However, he did not give much detail about the progress in talks or any other details about the deal agreement.

The President spoke on various matters too, during his address on Tuesday. The Dow Jones Industrial Average is at its record highs, which he states is the result of his administration. He says that the present economic boom in the U.S. is another positive outcome of his administration. However, no mention of the negative impacts was made.

About 7 million jobs have been created in the U.S. under his leadership, states the President. He says that many companies have moved back to the U.S and this has helped to create jobs.

The U.S. trade war with China has been on for almost two years but has not been resolved. The president has hinted that further tariffs are on the cards if Beijing refused to agree to a deal.

A deal that will be good for the United States will be accepted, he says. The trade war has caused an economic slowdown that is hurting world growth. If Beijing does not accept the trade terms of the U.S., further tariffs will be imposed, says the U.S President in his speech.

On October 11, the U.S. had announced that a preliminary agreement has been reached with China. But, details about rolling back existing tariffs or how near the deal was towards being completed are not mentioned.

While addressing business leaders, the president stated the reason for the tariffs imposed. He says that China has been cheating the U.S. for many years and now farmers in the U.S. are bearing the brunt of the retaliatory tariffs imposed by Beijing.