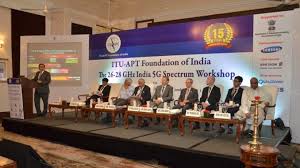 Regulators To Discuss C-Band Spectrum For 5G Services In Conference

During the 8th Annual Americas Spectrum Management Conference, regulators from around the world said that they would like to witness C band spectrum purposed for 5G cellular services instead of using it for satellite communications. The spectrum regulators said that they would make it a topic for future World Radio communication Conference (WRC). The topic of C band reallocation is a subject of major debate in United States but it is not on agenda of this year’s WRC that is being held in Sharm El Sheik, Egypt between October 28, 2019 and November 22, 2019.

At the conference regulators will discuss global agreement about how spectrum will be used. But as many nations are well on their way to introduce 5 G services within C band there are likely to be more discussions about more allocation of the spectrum on a global level during upcoming meeting in 2023. GM of frequency spectrum for Saudi Arabia’s CITC, Mohammed Alotaibi stated that they would like to set an agenda item in consideration of the C band. This band lies between 3.4 Ghz to 4.2 Ghz and encompasses 800 megahertz of spectrum. He said that several Arab nations are already using a fourth of C-band for 5G without an international agreement of designation.

These countries are apparently using 200 Mhz between 3.6 to 3.8 Ghz said Alotaibi, further elaborating that as these countries are taking the decisions themselves and it is creating a regulatory gap. It is too late to add this agenda to the WRC-19 now the attendees should consider about adding it to next conference. As the C band is very essential medium for expansion of 5G network he suggested that it be added to WRC discussion topics for next WRC conference in 2023. The conference is held every 3-4 years and for 2019 regulators said no single issue has emerged as the central focus for discussion.