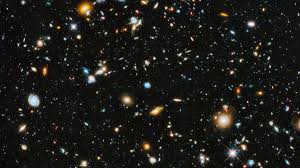 Researchers Prove That Production Sites Of Stars Are Rare

Astronauts employing the NRO (Nobeyama Radio Obeservatory) 45-m telescope discovered that high-density gas (the substance for stars) adds up for just 3% of the entire mass of gas spread all over the Milky Way. This outcome offers major data for knowing the unpredictably low rate of production for stars.

“FUGIN,” the Milky Way survey project, conducted with the help of the multi-beam receiver FOREST and the NRO 45-m telescope overcame these challenges. A project assistant professor at NAOJ, Kazufumi Torii, and his group studied the huge data received in the project, and calculated the precise masses of the high-density and low-density gas alongside our galaxy for a lengthy course of 20,000 light-years. For the first time they found that the high-density gas adds up for just 3% of the entire gas.

Speaking of our galaxy, 13,000 million years back the universe was very different from the universe we are aware of now. It is claimed that stars were creating at a very quick speed, making the first dwarf galaxies, whose unions offered rise to the more enormous galaxies (that are known today), comprising our own. On the other hand, the precise chain of the events that created our galaxy is still not known to the scientists.