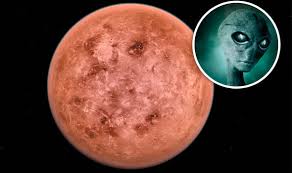 An advisory group of NASA has proposed that they could explore Venus right now with the existing technology, with the members of the group hoping to bag a Venus mission as fast as possible.

On September 24, the PSAC (Planetary Science Advisory Committee) of NASA was being presented with a recommendation by VEXAG’s (Venus Exploration Analysis Group) representatives to prioritize a Venus mission, the planet 2nd-nearest to the sun.

NASA missions are mainly focused in exploring Mars, making it a prevalent destination mainly for dual reasons, one due to the chances of life present on Mars and second due to the mission of the agency for a manned exploration of Mars by 2030s. Whatsoever, NASA also has independent calls for plans to explore other locations of the solar system. Although, subsequent Venus mission proposals are being sent to the agency, Venus hasn’t been given a visit by any dedicated spacecraft of NASA in the last 25 years, excluding flybys. Venus was last explored 25 years ago by Magellan mission.

The VEXAG presenter and MHC’s (Mount Holyoke College) astronomy chair, Darby Dyar stated through to Space.com using an email that the Mars program aimed at following water and exploring life’s evidence on Mars, however, liquid water was present on Mars only for a few100M years, or nearly 3B years ago. He further stated that Mars mission long united about a particular goal that was to get samples from the Mars. That goal was supported by NASA Headquarters now with a planning. Dyar felt that although several scientific queries about Mars were still unanswered, they’re secondary now to the dismal condition of knowledge regarding Venus.

Magellan was the last dedicated program of NASA to Venus, which on Oct 1990 had entered the orbit and post 4 years was deorbited. Since then, Venus has been flown through by the agency’s MESSENGER, Galileo and Cassini, on the way to further planets. In the meantime, the Venus Express was operated at Venus by the ESA (European Space Agency) from 2006-2014, while Akatsuki mission of Japan had successfully entered the orbit in 2015 on the 2nd attempt. Currently, the only active Venus mission is Akatsuki.