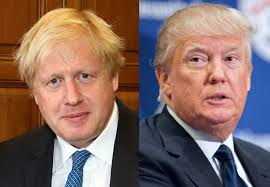 Smith, Novak and Jordan Accused By Department of Justice For Manipulating The Markets

As per the Department of Justice, allegations of racketeering have been leveled by the unsealed indictment, among two current and one former trader of metals at JP Morgan. This scheme involved the trade of silver, gold, palladium and platinum from the year 2008 till 2016.

Each of them has been charged with one count of the conspiracy. The racketeering conspiracy is also being called the RICO conspiracy in addition to the other crimes. Two of them whose names were Smith and Novak were charged with the single counts of attempting a manipulation of price, spoofing and commodities fraud.

These two along with the third trader called Jordan as well as their co-conspirators had allegedly been engaging in a complex scheme where they traded precious metals in manner that would affect the balance of supply and demand.

They have been accused of placing the orders which they had intentions of canceling just prior to the execution. The deceptive orders had been made with an intention of creation of liquidity and to drive the prices towards the orders they wished to execute on the market’s opposite side, according to the Department of Justice.

Two of the former metal traders at JPMorgan who are being described to be the co-conspirators of the defendant had already pleaded guilty to illegal spoofing in the months of October and August.

Smith and Nowak have been placed on leave earlier in the month of September as an FBI investigation is going on.