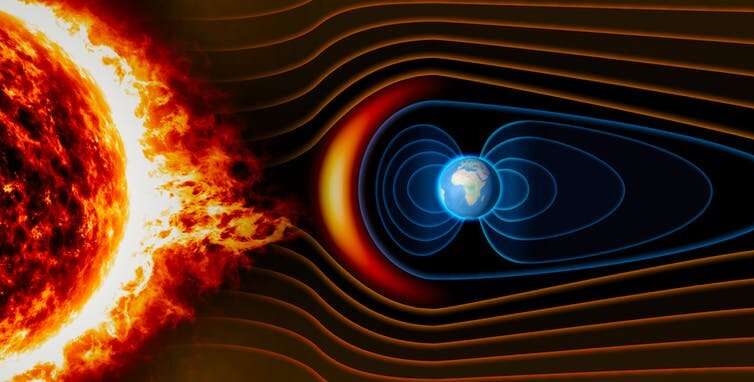 During the deep space operations, astronauts are consistently in different degrees of peril. While these (encounter with psychotic computers, malicious aliens, or collisions with space debris or asteroids) might all be possible fears; in fact, the greatest real risk to astronauts is from space radiation. The Earth’s magnetic field and atmosphere basically protect life on the planet from the cosmic radiation. While astronauts travel further than that of the defensive bubble, energetic particles known as galactic cosmic rays attack their bodies. The galactic cosmic rays are believed to be the residues of supernovae and add to the space radiation surrounding with protons and helium nuclei expelled from the Sun.

The researchers studied how exposure to radiation impacts human health. The most worrying result of these radiation exposures are the serious effects on the astronauts’ brains. As per to the new study that was carried on mice, exposure to cosmic rays damages brain function inducing problems with memory, learning, and mood that might influence an individual’s capability to adapt and react in stressful or unexpected situations. The scientists along with radiation biologists were in particular concerned regarding astronauts as with the existing technology, there is no way to shield or protect them from space radiation.

On a related note, recently, a study showed that deep space radiation treatment revives the brain’s immune system. NASA and commercial space firms—such as SpaceX—intends to take humans to the Mars in the coming 15 Years but amongst the main challenges facing future manned space missions, one of the challenges is how to guard astronauts from the hazardous cosmic radiation in the deep space. Susanna Rosi—Neuroscientist at the UCSF (University of California San Francisco)—identified the first promising treatment for the brain impairment resulted from the exposure to cosmic rays. The newly discovered was a drug that averts memory destruction in mice when exposed to pseudo space radiation. The research was published in the journal Scientific Reports.