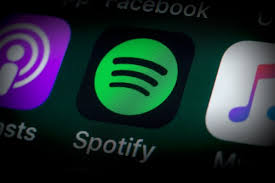 Spotify Announces It Will Buy Bill Simpsons’ Podcast, The Ringer

Spotify was visibly attracted by the content on Bill Simpsons’ podcasts and had earlier drawn him in to creat a podcast for Spotify as well. Workers at The Ringer were concerned about their future as the deal did not clearly indicate anything about their job prospect. Spotify’s has clearly stated that it intends to continue with The Ringer’s website on which majority of the employees used to work. Spotify is trying hard to compete with Apple Music and gain an upper hand in the audio streaming industry. What remains to be seen is what Spotify plans to do with the content that is released on The Ringer’s podcasts. While some are expecting Spotify to make the content platform exclusive, some other believe the content will shared across all of Spotify’s premium platforms.