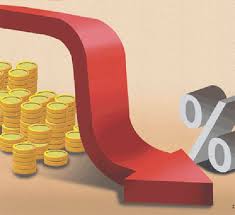 Despite the global slowdown and tariff war, the Federal Reserve’s interest rate cut has slowed down.

It is the second time this year that the Fed has cut interest rates. Interest rates have been lowered by 25 basis points to range between 1.75 percent and 2 percent.

The U.S. markets fell sharply after the rate cuts were announced, but recovered later. Though rate cuts were expected, the cut has not been too deep.

The U.S. President has been repeatedly criticizing the Fed Chair Jerome Powell. He says that the rate cuts are very slow which hinders economic growth. After the recent cut, President Trump has challenged the Fed chair saying he had “no guts”. His tweet came in immediate response after the rate cut was announced.

There is much division over the rate cuts in the U.S. among the policymakers. Seven members of the FOMC have voted in favor of the rate cut made on Wednesday. Only one member wanted a further rate cut, while two members expressed opinion of holding rates steady.

Mr. Powell says that there is no need for negative interest rates, though President Trump wishes for it. He says “it does not top the list”.

Interest rates are lowered to improve economic activity. It allows for cheap borrowing which helps to improve business investment and to increase consumer borrowings too. Interest rates by central banks across the globe have been lowering interest rates, which is a cause of worry to experts.

In the U.S. interest rates are already at historic lows and a further deep cut will not help the economy, feel analysts. The current slowdown is mainly due to the trade war with Beijing, which has slowed down economic activity.

The financial crisis that hit the country just a decade ago continues to haunt people. The current slowdown is slowly raising such worries in the minds of people.