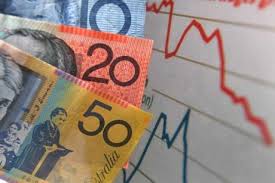 After the financial meltdown of 2008-2009, the trade war has cut global growth most, says IMF.

World Economic Outlook report by the IMF has projected that the outlook may further darken if trade talks do not come to a conclusive end soon.

On Tuesday, the World Economic Outlook has projected that growth has declined to 3.0 percent for 2019, much lesser than the July forecast rate of 3.2 percent. Trade friction is the most important factor contributing to slowing growth, report the IMF.

The tariffs imposed by both countries, the U.S. and China, on their imports have affected direct costs, investments, and productivity. It has also led to market turmoil and disruptions in the supply chain, says the IMF report.

Kristalina Georgieva, the new leader of the IMF has various problems to address as she takes over her new role. The World Bank’s annual meeting to be held in Washington this week will address these important issues.

Georgieva states that the economic output on a global level will come down by 0.8 percent, which amounts to a loss of $700 billion, caused by the trade tariffs.

Chief Economist Gita Gopinath says that manufacturing activity has come down on a large scale. Uncertain trade policies and high tariffs have impaired global trade, while Investments and capital goods demand have deteriorated.

The automobile industry has been severely hit, as global vehicle purchases have slumped 3 percent in 2018. Demand from China has gone down, while new gas emission standards in the eurozone countries have also hindered the auto sector.

If trade talks do not materialize, the trade growth which is projected at 3.2 percent for 2020 will continue on the downside, says the IMF.