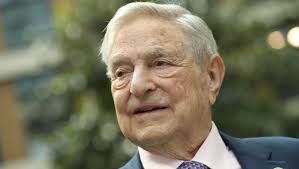 Trump Gets Compliments From George Soros On Huawei, But Also Concerned

President Trump received rare praise from reticent billionaire George Soros for his China policy but expressed worry that his strong rhetoric about certain issues could undermine the strategy.  Calling it “genuinely bipartisan and coherent” and only good foreign policy accomplishment of his government he expressed hope that he does not undermine it.

Soros was particularly effusive in his praise about the government’s strategy of putting Huawei on the entity list of Commerce Dept. as a national threat. He said that would keep the Chinese firm out of US telecom sector and would prevent US companies from having business relations with it. In the op-ed article he stated that China was a dangerous rival in technical field of artificial intelligence and also machine learning. But its capacity to compete in the hi-tech field of 5G telecom is seriously handicapped by dependence of Huawei on technology of US companies.

He wrote that as long as the Chinese telecom major remains on the blacklist it will not have access to critical technology and will be weakened over a period of time. But he also expressed worry that if trade talks go in a positive direction then Trump may remove Huawei from the list as concession. Soros stated that Trump may want to indulge in several discussions with China to tide over the trade crisis and lead up to the 2020 elections. Though some amendments have been made in both House and Senate to prevent such an action by Trump for removal of Huawei without consent of both houses, he is trying to block those restrictions.

In the past too US companies have been allowed by Trump’s administration to continue working with firms that were affiliated with Chinese government. Soros said that Trump could become lenient during discussions as he appears to be desperate to seal a deal with China’s President Xi to help the sagging US stock market and economy that could improve his chances of re-election in forthcoming months.