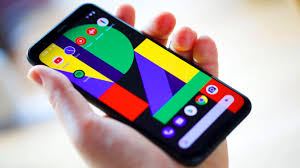 The face unlock feature of Pixel 4 needs a software update

One of Google Pixel 4’s headline features is that it adds a secured new unlock face feature instead of the fingerprint sensor. It has turned out though that the feature is relatively unsecure as the phone can unlock if the eyes of the user are closed.

Google in a statement has promised that it is going to issue an update of its software in order to correct the problem however the timeline which has been provided by Google is not likely to go down well with the users. Google has said that they have been working on a possible option which would require the users to keep their eyes upon in order to unlock the phone which they say is going to be delivered in the coming months through a software update.

The face unlock feature of Pixel 4 has a lot of similarities with the system of the iPhone using infrared projectors and cameras for the creation and reading of the accurate depths of the face map. This is going to make it more secure than the other RGB solutions that are camera based which means that tricking it through a picture or a video will not be possible.

The Face ID system of Apple requires attention in the form of the eyes of the user being open and them having to look at the screen. Users can choose to disable this feature if they want.

Google had said previously that they did not have any specific timeline to announce or regarding the future features and the feature much like their other features are going to get better with time with future updates in the software.