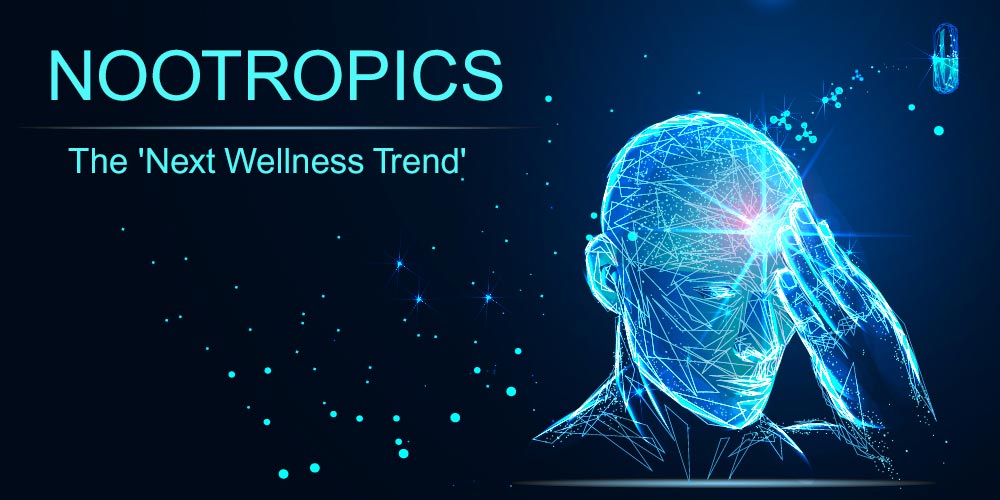 Zion Market Research has published a new report titled “Nootropics Market By Application (Memory Enhancement, Mood and Depression, Attention and Focus, Longevity and Anti-Aging, Sleep, Recovery, and Dream Enhancement, and Anxiety): Global Industry Perspective, Comprehensive Analysis, and Forecast, 2017—2024”. According to the report, the global nootropics market was valued at around USD 1,324 million in 2017 and is expected to reach approximately USD 5,959 million by 2024, at a CAGR of around 15.7% between 2018 and 2024.

Nootropics are also known as cognitive enhancers or smart drugs. These include supplements, drugs, and other related substances that can advance cognitive function, mainly executive functions, motivation, creativity, memory, or attention in healthy individuals. Nootropics can be synthetic or natural substances that are preferred widely to enhance an individual’s mental performance. Caffeine, L-Theanine, Creatine, Bacopa Monnieri, and Rhodiola Rosea are some of the popularly used nootropics.

The progression of the nootropics market is primarily due to the rising consumer expenditure on healthcare and wellness. Moreover, the growing competition in education and career demands a workforce that is not only competitive but also talented. To gain a competitive advantage, a large number of people globally prefer supplements and smart drugs for improving their concentration and grasping power. This, in turn, is estimated to boost the nootropics market in the near future. The extensive and continually growing list of potential nootropics is predicted to increase the number of prospective consumers within the forecast timeline.

By application, the global nootropics market is classified into mood and depression, memory enhancement, attention and focus, anti-aging and longevity, sleep, recovery and dream enhancement, and anxiety. The memory enhancement is the held a considerable share in terms of revenue in the year 2017, due to a rapidly evolving working environment and the education system that gradually involves workload and mental and physical pressure to succeed. Moreover, the increasing aging population is at risk of suffering from dementia. The attention and focus and mood and depression are other applications. The increasing trend of cognitive enhancement among healthy individuals for professional advantage, personal improvement, academic success, athletic performance, and to sustain brain activities during old age is estimated to boost the demand for nootropic products over the projected timeline.

By region, the global nootropics market includes Europe, North America, the Middle East, and Africa, Latin America, and the Asia Pacific. North America contributed a considerable revenue share in 2017, owing to the rising number of consumers spending on health and wellness products. Asia Pacific nootropics market is another important region that is likely to register a considerable rate of growth over the forecast span, due to the increasing penetration of nootropics organizations in China and India. The Latin American market for nootropics is expected to grow owing to growing consumer awareness about the benefits of nootropics. The Middle Eastern and African nootropics market is projected to grow in the years ahead, due to the rise in the number of nootropic manufacturers and distributors in the region.

Browse TOC of this Report – https://www.zionmarketresearch.com/toc/nootropics-market