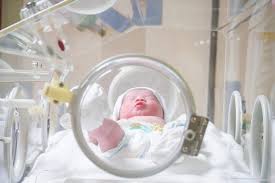 Transmission of HIV from mother to her baby can be prevented by a treatment based on just one dose of an antibody, as suggested by recent nonhuman primate investigation for the very first time. The outcomes were printed in the Nature Communications. However, it will happen only if the single dosage is given. It was found by the study that, rhesus macaque babies were not emerged with the SHIV, which is the monkey type of HIV, when a combination of 2 antibodies was received by them thirty hours after being exposed to the virus.

On another hand, delaying the treatment till forty-eight hours occasioned in half of the newborns emerging SHIV when 4 smaller dosages of the similar antibody cocktail were given. It was also found by the study that, macaques which received the current standard treatment of HIV, antiretroviral drugs, continued free from SHIV when a 3-week routine was started by them of that particular treatment forty-eight hours after exposure. Nancy Haigwood, who is corresponding author of the study said that, these promising conclusions might mean newborns born to mothers, who are HIV-positive can still beat HIV with minorhandling.

This is happening for the first time that a single dosage of approximatelycounteracting antibodies given after viral exposure has been found to stopcontagion of SHIV in nonhuman primate babies. It was demonstrated by previous research by Ann Hessel, Haigwood and others that 4 dosages of antibodies began twenty-four hours after SHIV infection was prohibited by the contact, with all ten of the baby primates in that study not bearing any SHIV virus for 6 months. A combination of 2 antibodies have been used by both the studies known as VRC07-523 and PGT121. An extra smallerpath of antiretroviral therapy has been suggested by the new research.