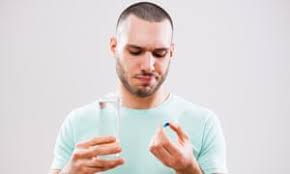 Male Contraceptive pill not likely to be available so soon

A lot of research has gone into the development of a male contraceptive pill but its commercial launch is yet to be seen.

Research has indicated an interest on the part of the male population both in Britain and the U.S.A. to adopt the pill contraception method if it was made available. So, what is stopping the male pill from coming into existence?

As of now, females are largely supposed to bear the responsibility of contraception though many men talk about it being a joint responsibility. The percentage breakup of the varied contraception methods used by married women or those in relationships comprise: sterilization accounts for 19%, pill for a 9%, coil accounts for a 14% and injections account for a 5% usage.

Among males, a mere 8% rely on condoms while vasectomy accounts for just 2%.

However, things were quite different before the introduction of the female pill. A greater percentage of men at that time had to use the condom as against the current 8% usage. The mass production of the pill led to a large percentage of women resorting to this method for fertility control.

The female pill became a popular and widely available option in just ten years after its invention. So, why the delay for marketing the male contraceptive pill though the first trial was undertaken in 1970s?

There are several reasons, say scientists. The functioning of the male pill involves a more complex science due to the right balance needed to be achieved between its effective working and potential side effects. Socioeconomic factors too play a vital role with the trust aspect assuming great importance.

There is a need for more prevalence of gender equality and as more and more men support the factor of shared responsibility the popularity of the male contraceptive pill is likely to increase.

But when it will see the light of the day; only time can tell!