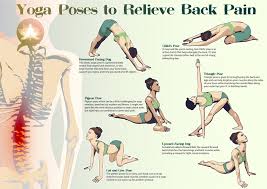 Meditation Is Proven To Be Effective Against Back Pain

The thinking that the recurring back pain could be cured and relieved via meditation and yoga, sounds too good to be true. However, new health research suggests that above-mentioned therapy might be just as effective as a cognitive behavioral treatment: a common healing method which includes relaxation along with education. And both could be more useful in curing the back pain than the actions of a pain reliever.

Researchers have compared the two approaches experimented on 229 adults having ages between 20 and 70 years suffering from backaches for a long period of time. They assigned about half of the test case individuals to receive eight weekly sessions of mindfulness-based stress relaxation, including meditation and yoga and assigned the other half to receive eight sessions of cognitive behavioral treatment, that shall be concentrating on helping people change the way they think about pain. Another batch 113 adults continued their usual treatment methods, which often involved ibuprofen and other medications for pain relief.

What the researchers had found by the end of the eight-week health experiment, was that nearly 47% of people in the mindfulness group had reported that their back pain had reduced considerably, by witnessing an improvement in day to day activities such as difficulty walking. Also, a similar percentage of 52% in the cognitive behavioral therapy group had given positive reports on feeling lesser hindrances and pain. Both the groups had scored far better than the group of 113 adults who had stuck to medications, and only 35% of them had experienced improvements in back pain.

Cognitive behavioral treatments are already being regarded as one of the most thoughtfully developed and present healing methods. For example, the American College of Physicians and American Pain Society guidelines had indicated that doctors consider the cognitive therapy as an appropriate solution, along with other alternatives such as acupuncture, massage therapy and exercise therapy for patients suffering from long term back pain.