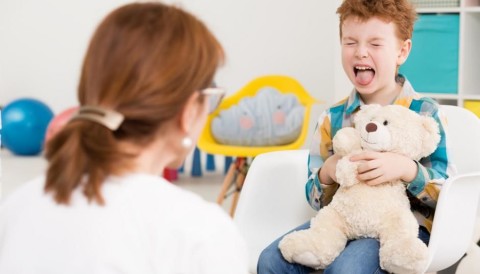 Study reveals Antidepressant not effective on teens and kids with autism

A new research has found that the antidepressant Prozac does not help in reducing the obsessive-compulsive behavior associated with autism in children or teens. In the study the use of this drug was compared with a placebo for 16 weeks by the researchers and they failed to see any clinical benefits from the drugs.

Dr. Dinah Reddihough, the study author who is also a pediatrician at the Royal Children’s Hospital in Victoria, Australia said that they could not find any strong evidence for the effectiveness of the drug Prozac and hence could not be recommended as a means of treatment. However she added that there could be possibility that the medication could be helpful for some children. She said further that as they can understand the effects of the medications in different individuals in a better way, they will be able to find out which children will be able to benefit from these drugs.

As per Autism Speaks the Autism Spectrum Disorders (ASD) includes a variety of conditions that may result in communication challenges, repetitive behavior and difficulties in social skills. This type of behavior can hinder the everyday life of a person. According to the Australian researchers medications are prescribed to nearly 50% of the children having ASD’s and antidepressant medications are given to nearly one-third of them. The researchers said that there is no adequate evidence to know that these medications work for the obsessive-compulsive behavior associated with autism but still they are used.

Nearly 150 children as well as teens suffering from autism were recruited for the study. However the study could be completed by only 109 people. The average age of the participants was 11 years and 85% out of them were males. One half was given about 4-30 milligrams of fluoxetine daily for about 4 months. The other half was provided placebo daily for the same period. Initially it looked like the drug helped in reducing the obsessive-compulsive behavior but then the high number of dropouts made them to conclude that no much difference was obtained by the use of drugs. Reddihough said that families and clinicians should exert caution while using these medicines.

It has been said that if children are already being given SSRI medication, then it should not be stopped all of a sudden and must be gradually lowered in doses to prevent certain side effects.