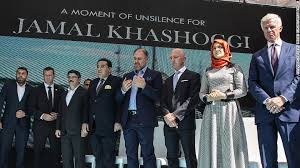 Amazon launched on a public website on Thursday for underlining its views on a wide range of social and political issues that have been making headlines of late. The website discusses in detail, the stance taken by the e-commerce giant on wide-ranging issues like climate change, tax and immigration policies adopted by the Trump Administration. It is as even categorically opposed the policies adopted by Trump on disputed issues like banning travel of people to the US from countries with an Islamic majority population.

The website will deal with other sensitive issues like the newly introduced facial recognition technology by Amazon and the company’s stance on law enforcement, which has faced sharp criticism from various quarters. The pages also discussed the importance of harnessing various state of the art technologies and their contribution to further strengthen the safety and security of the country, like machine learning and cloud computing technology. The page also insisted that Amazon will keep on providing the Federal Government and various law enforcement agencies access to a wide range of state of the art technologies.

The launch of this new website took place, soon after Amazon’s VP for Global Corporate Affairs, Jim Carney has blatantly criticized the policies adopted by the Trump Administration.

Carney, who was the press secretary or the Obama Administration cam down heavily on the patriotism shown by the White House of late at a press conference that was held in Seattle.  He reiterated that the Trump Administration has violated certain long-standing norms, like commenting on the functionalities of Federal Reserve. At the press conference, Carney also compared the current administration with the previous ones at the White House, when he worked as a political journalist.

Experts believe that this policy website can further aggravate the tension that already exists between the Trump Administration and Amazon. Trump has always been a sharp critic of the e-commerce giant, particularly on its stance on global warming, which Trump has always pooh-poohed.