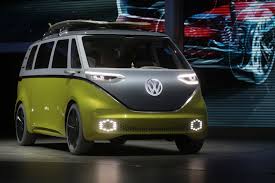 An Electrical Issue Forces Volkswagen To Recall 679,000 Vehicles In The US

The recalled vehicles will have an additional circuit board and switch installed in them and will also have the micro switch disabled. A spokesperson for Volkswagen confirmed that the company had sighted the problem before any injuries were reported. The 679,000 recalled vehicles include Beetle, Golf Sportswagen, Beetle Convertible, Gold, GTI, and Jetta. The models that were manufactured for the listed variants from 2011 to 2019 were all recalled. Silicate was building up on the said shift lever switch that allowed for the key to be removed without the car being in the park. The recall begins from October 11. All the models that are being recalled have automatic transmissions, keyless entry, and manual hand brakes. The move highlights the company’s policy of considering their user’s safety first.

Talking about Volkswagen, the German auto giants are apparently planning to change their logo. It will be the first time since 2000 that Volkswagen will be making a change to how its logo would look like. As per the reports or rather rumors for now, Volkswagen is planning to switch from the dominant blue and white logo to a more classic black and white flat logo. The report was first published in a report by Autoweek on Thursday. The company is reportedly planning to launch the new logo on an all new vehicle in their own backyard, Frankfurt.