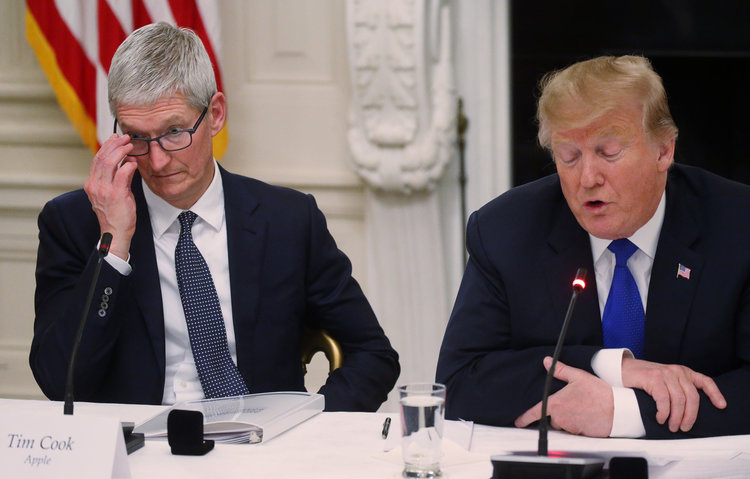 US President Donald Trump recently tweeted that despite raise of exemption request, Apple will have to pay tariffs on importing Mac Pro parts.

Due to the ongoing US-China trade war, Trump has urged to impose stiff tariffs on Chinese imports. The majority of the hardware items being used by Apple are manufactured in China, over which Trump Administration is levying imposing 25% of tariffs.

At the month beginning, the Cupertino-based company filed an application with the Office of the United States Trade Representative, requesting to exclude some parts from the list of products on which tariffs are set to be imposed. However, the application did not clearly specify the Mac Pro. The description in the filings, reported by Bloomberg, suited with the hardware parts used in the desktop computer. Apple recently shifted its production facility of the Mac Pro from the US to China.

Trump responded with a tweet to the filings submitted by Apple, declining the tariffs exemption request raised. Apple has barely evaded previous tariffs imposed by Trump administration on its few products, including AirPods and the Apple Watch. According to the company, these tariffs could considerably smash up the bottom line of US electronics manufacturers.

On a similar note, MacRumors has published a new report, which is confirmed by the well-known Apple associate Ming-Chi Kuo. The report is regarding Apple’s plan to introduce three of its new iPhones coming next year with 5G support. Before the acquisition of Intel’s smartphone modem business, Kuo unveiled that Apple considered incorporating 5G support to its two premium iPhones. However, after the acquisition, the company decided to add next-gen cellular network services for all three versions. Kuo also illustrates that all three upcoming iPhone models will support both 5G and sub-6GHz spectrum-based cellular network.

Moreover, Apple is looking to boost its business generated by iPads. Earlier this month, the company had announced to launch five iPad models. Now, it seems that it is including two more iPad models in the list of five upcoming iPad models.