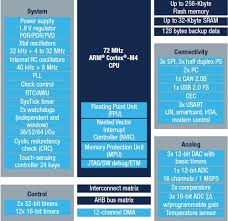 Vector Is Suspending Operations, Does Not Signal Pan Industry Issue

On August 9 when the small launch vehicle company Vector announced that they are going to stop their operations, many thought it’s just beginning of the turmoil due to the overcrowded nature of space industry. Instead this may be a company specific issue only.

According to a recent statement from the company in response of recent financial changes, they are going to stop all the operations and also their CEO Jim Cantrell is not a part of the company anymore. They added that their Chief Technology Officer John Garvey will be succeeding him.

Vector officials haven’t commented about what has caused this financial crisis, stopping operations and change in leadership but according to trusted sources in the market, one of their main financers Sequoia, backed out without a proper comment on the issue.

This saddening news came just the very next day where Vector was awarded with a military contract worth $3.4 million from the U.S. Air Force for launching the ASLON-45 or the Agile Small Launch Operational Normalizer under which they were supposed to launch multiple smallsats in the second half of 2021.

Prior to this, Vector has been a market leader in the growing small launch vehicle company market. They raised over $100 million including a $70 million during rounds of Series B in October last year.

According to market experts, the fall of Vector has little to do with finances or the competition. Instead people pointed out the inner chaos of the company and the problematic ways that were used to run the company. Adding to this misery was the divided nature of the company.

Sources say that the management problems were the main reason of this fallout. Ex-CEO Jim Cantrell took major blows as he was accused of mismanagement and overzealousness. He did not respond to these but recently broke his silence on twitter by saying that a major investor withdrew which led to all this. He added that he wishes the best to Vector and will even support them in a reboot.