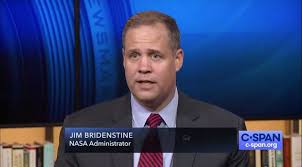 SLV firm Vector replaced the firm’s CEO and suspended its core operations due to financial difficulties this week. The firm stated that Jim Cantrell has been replaced by John Garvey. No reasons were disclosed for this shock removal or the company’s tough conditions. All that has been revealed so far is that the firm is suspending operations due to financial difficulties. It is looking to find another way for completing the development of the Vector-R SLV.

It stated that Vector would be stopping operations for a while. A core group was considering available options for completing the SLV’s development. This group will also aid operations on the US Air Force contract the firm had bagged recently. Social network posts and industry rumors had been suggesting severe problems prevailing at the firm. One employee had reported that 3 offices, located in San Jose, Huntington Beach, and Tucson have been shut down, leading to the firing of 150 Vector employees.

Ms. Madison Telles of Vector stated she had no idea about the crisis. While everything looked good on paper, it appeared that there was a crisis bubbling under, she said. Sources in the industry claim that Sequoia, who is among Vector’s biggest capital backers, stopped funding the company. The venture capital firm refused to comment. Garvey and Cantrell had started Vector back in 2016, using tech from GSC, previously owned by Garvey. The firm wanted to enable smallsat launches by developing launch vehicles. It also had its own satellites named Galactic Sky in the works.

The firm got over $70M in a Series B funding round, which increased total funding to around $100M. While the firm expected Vector-R to be operational before 2018 ended, orbital launches are yet to begin. A launch has been scheduled down this year, from the PSC in Alaska. Greg Orndorff, VP at Vector confirmed that suborbital launches would begin this summer. The firm had reiterated its focus on the project several times. It had recently hired Stephanie Koster, who had been the CFO at Blue Origin.